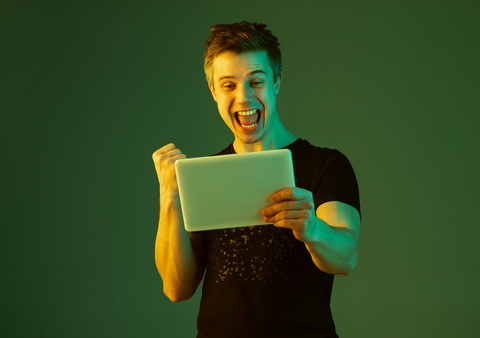 Online sports betting and betting at online and physical betting outlets are the most popular in the world. Football, basketball, martial arts and more – all these events attract endless interested people. In the previous article, we talked about betting terms. In this article, you will learn about the different types of sports betting.

An if – win wager is a bet that carries over to a second team if the player wins on his initial selection. For example, the player has to wager a fixed amount on one team. If that team wins, or the game is tied, then another fixed amount, up to the original amount wagered, shall be placed on a different team.

The player must win his/her first wager in order to continue the action on the remaining wagers. If the first wager loses, there is no subsequent action. Note that the player cannot have duplicate teams in the same if – win wager.

Let us look at each of the following examples :

If-Win types of bets in sports – example One:

A money line wager, instead of a point spread, may be used to bet on a match-up between two teams. In effect, if a match-up is determined by a money line, like Major League Baseball, then it will cost the player more to wager on the favorite.

A future wager is a wager made, or lines/odds posted, on an event, or outcome, that will be determined sometime in the future. For example, it might be a wager placed at the start of the football season on Miami Dolphins to win the Super Bowl. All wagers are final. There is no payoff until the end of the season.

The main point to remember is that future odds change continuously throughout the season. In other words, you get the odds which are in effect at the time you place a wager. Future wagers often attract (high) odds to the player.

A proposition play is a wager based on the outcome of events. Odds change daily and all wagers are considered action for the odds quoted at the time of the wager.

In the case of a future/proposition wager, if your selected team or contestant does not take part in the game or contest due to scratch, injury etc., you will not receive a refund.

The player must also keep in mind the dead heat rule. This means that in the event of a dead heat (tie), the stakes will be divided by the number of selections involved in the dead heat (those dead-heating), with the divided stake settled at full odds. The remaining stakes are losers.

If the tie was a wagering option, however, then the dead heat rule does not apply. It will only apply to future wagers. For example, if there is a three-way tie for the top scorer in a football game, then the player’s winnings are calculated by taking the stake, dividing it by three, and multiplying it by the odds on his/her wagering ticket.

A parlay wager is a bet on two or more teams or selections. It is one of the more versatile forms of sports wagering. The player can combine different sports, point spreads and money lines. In a parlay wager the original stake and winnings are re-invested on the next game, and all selections must be correct, that is, one loss and the parlay loses.

In the event of a push (tie), game cancellation, or a pitcher who you have specified as not starting, actually starts, the parlay reduces to the next lower number, e.g. a four team parlay becomes a three team parlay. A winning parlay wager will pay many times greater than the initial wager.

No parlay wagers will be accepted where individual selections or propositions are connected. The parts of a parlay wager are deemed to be connected, for example, if one leg of a parlay is for Sampras to defeat Henman in the 4th round of Wimbledon, and the second, or additional, part of the parlay is for Sampras to win the Wimbledon title. The match forms part of the overall tournament and is, therefore, connected.

Football and basketball point spread parlay odds are as follows:

Football and basketball Parlays are MAXED at the following odds:

Baseball parlays are determined using a different set formula. Because of the money line used in baseball, there are no set payoffs for tying a number of teams together in parlays.

For example, Let us say you select two teams, the New York Yankees and the Montreal Expos, for your baseball parlay. And let us say that at this particular time of the season the Yankees are listed to payoff at (-1.60) and the Expos at(-1.40). The conversion chart shows that the payoff for the Yankees would be (0.62) and the Expos (0.71). You decide to wager $50.00. The formula to calculate your payoff would be:

The payoff would naturally include your original parlay wager of $50.00

A Pleaser is a combination of a Reverse Teaser with Parlay Payoff Odds. In a Pleaser the Player is choosing to move the line on the game against his favor in return for a higher payout.

Example:
Player chooses a 2 Team 6 Point Pleaser on the Cowboys -6 and Eagles -2 for $100.
The Pleaser Wager he chose would result in the following:

All standard reverse bets are double action, therefore, in the event of a tie, the bet is still active. Let us look at each of the following examples :

This most common type of sports wager is based on the results of a single game. This is known as a straight wager. One team is typically favored over another by a point spread. The favorite gives the underdog a number of points as a head start. This is done for betting purposes only. The favorite is always indicated by a minus sign (-7) and the underdog by a plus sign (+7). The number of points a player must give or take is estimated to be the number that will generate equal wagering on both the underdog and the favorite.

In most straight bets, which are set by a point spread, the player must lay $11 for every $10 he/she wishes to win. For example, the Oakland Raiders may be favored by 7 points over the Denver Broncos. A player who wishes to win $10 on Oakland must give Denver 7 points. If Oakland wins by more than 7 points than the Oakland player wins $10. If Oakland wins by less than 7 points, or loses outright, then the Oakland player loses $11. On the other side of the wager, in order for a Denver player to win, The Denver Broncos must win the game outright, or lose by less than 7 points.

A teaser wager is a wager on two or more teams or selections. The difference between the teaser wager and the parlay is that the player can adjust or tease the line in his/her own favor.For example, if the Denver Broncos are favored by seven points in one game, and the Seattle Seahawks are favored by 10 points in a second game, a teaser could very well favor the player. That is, a six point, two team teaser would adjust the point spread six points in favor of the player. In effect, Denver would now be favored by one point (7-6 = 1) and Seattle would be favored by four points (10-6 = 4).