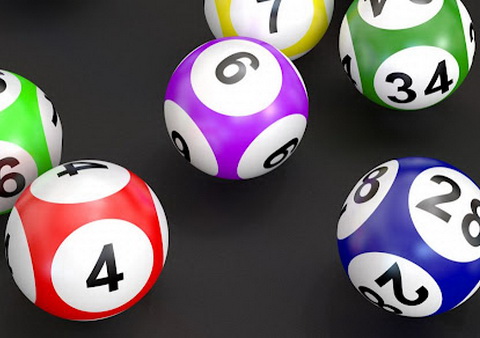 Keno rules – how to play Keno?

The game of Keno is a number-based game of chance, not unlike Bingo, Lotto or Beano. In a nutshell, it consists of betting that a number, or combination of numbers, will match one or more numbers selected randomly by a machine. It is played using a convenient pre-printed form called a Keno card. The game, however, requires a certain amount of skill to avoid making foolish bets. Today you will learn what Keno rules are. So, how to play Keno? If you are interested, you can read about Craps rules in the next article.

The player’s objective is to win one or more attractive Keno payouts by selecting a number, or group of numbers that match one or more numbers called, and to do so more often than not.

This objective is not easy to achieve because Keno is unquestionably a game where luck plays the major part. That is, every Keno number has the same chance of coming up as every other Keno number. The player’s principal strategy is to minimize any practical errors during play. So, let’s start to learn Keno rules.

How to play Keno? The Keno Card

Keno is played using a Keno card, displaying the numbers 1-80, on which the player may bet, and a short sharp pencil, similar to that used by Tiger Woods to mark his golf scores. The card and pencil, both of which are free, are all the player needs to get going. The player marks his various selections by filling in little numbered rectangles on one side of the Keno card.

On the front side of the Keno card, there are usually four or five fill-in sections. The actual format will depend on the different in-house Keno game rules of the various casinos where the game is played.

Normally, the number one section of the Keno card consists of ten little rectangular boxes, numbered from 1-10, where the player may mark the total number of picks, or spots he wishes to play. He shows his selection by filling in a little rectangular numbered box with his pencil. He must do so in a way that leaves no doubt as to which number of spots he has selected.

In the number three section, there may be up to four little rectangular boxes, with wager amounts of $1.00, $2.00, $5.00 and $10.00. Again, the player must fill in the box that shows the exact amount he wishes to wager on each game, and he must do so in a manner that leaves no doubt as to the amount intended.

Section four normally consists of eight columns of ten numbers each, for a total of eighty numbers, in eighty little rectangular boxes. The player may pick from one to ten of these numbers to wager on, and must indicate his selection(s) by carefully marking each selection with his pencil.

Some casinos and online machines offer the additional option of taking a chance to double Keno winnings. Section five usually consists of a single little rectangular box with the word, yes, printed inside it. The player fills in this box to try for the bonus. He should keep in mind that selecting the bonus play doubles the cost of his ticket.

The Types of Keno Cards

Casino and online games offer a wide variety of ways in which the player may select his numbers. He may choose single numbers, or groups of them, and even bet them in a variety of ways. The player, who seeks to vary his play, should understand that it does not matter whether he bets a straight ticket, a way ticket, a combination ticket, a king ticket, a house ticket, or any other type, he is not really increasing his chances of winning. It is simply more challenging or entertaining to vary his picks.

The Reverse Side of the Keno Card

The reverse side of the Keno card will often show the potential payout and odds for matching, or in Keno terms, catching, one or more of the twenty numbers, which are called during a Keno game. Typical examples of tables of online and live casino payouts and odds follow. First is an example of an online version.

Following is a sample of a typical pay table that may be found in the modern live casino. The Keno player must keep in mind that the payouts and odds will likely vary from casino to casino.

By rules of Keno, during play, the twenty winning numbers are determined randomly by a casino employee who operates the Keno goose, a device so-called because of its resemblance to the big familiar bird. The goose, which is filled with eighty Ping-Pong balls numbered from 1-80, is used to mix and select the winning Keno numbers.

The goose may be a rotating, spherical, mesh-wire cage, or a more modern clear plastic globe with two identical transparent necks, called rabbit ears. The mesh-wire cage is rotated to mix the numbered Ping-Pong balls, while in the modern, clear plastic version, the numbers are blown around by an air blower.

When the clear plastic goose is in use, the balls are forced one at a time, from the globe into the two narrow, transparent necks. A total of twenty of the numbered Ping-Pong balls, ten per rabbit ear, are selected each game, and are removed from the goose one at a time. Numbers are either called by a caller, as in Bingo, or simply displayed on an electronic Keno board or video monitor.

No casino game is more informal, relaxing and simple to play. So, Keno rules ir very simple.The player may select one or more numbers, up to a total of ten, individually, or in various combinations. So, he makes his choices according to his personal taste, and at his own pace. He need not rush because a new game starts about every five minutes, or so. He simply marks his selected Keno number(s), called spots, with an X, or fills in the little rectangular box, or he groups several numbers by separating them with lines or circles. And it all takes place in the comfortable setting of a Keno lounge found in most live casinos.

As mentioned earlier, Keno players bet on numbers singly, or up to ten at one time, or in various combinations. When the player is ready to bet, he simply has to signal a Keno runner, who will pick up his ticket and his wager. The runner will deliver these to the Keno writer, another casino employee, at the Keno counter, and then return with the player’s receipt for the impending game. Again, it’s a process that is completely free of hassles, or anything resembling work.

The player’s payout for a win depends on three significant factors, i.e., the amount he wagers, the total number of picks he makes, and the number of matching numbers he catches. That is, the more he wagers, and the fewer numbers he selects, and the more hits, or catches he gets, the greater his potential payout. The payouts for each kind of winning number(s), or combination(s) are generally printed on the reverse side of the Keno card, as shown in our sample tables above.

The ultimate appeal of the game of Keno, for most players, is the tempting prospect of winning a gigantic payoff, of possibly $100,000.00, for a relatively small bet. At the same time, although it is true that a player can catch a really big one, odds tend to favor the house between 20-25 percent.

Also, the payout from casino to casino varies. Current statistics indicate the player may expect a return on his bet, from as little as 67.39 percent, to as high as 96.54 percent, depending on the software in use. It, therefore, pays to study the machines in use.

The minimum and maximum bets vary from casino to casino. However, the minimum Keno wager is generally $1.00 per game, while the maximum is generally set at $10.00. The player may be limited to a maximum Bonus wager, as well. How to play Keno? 13 steps.