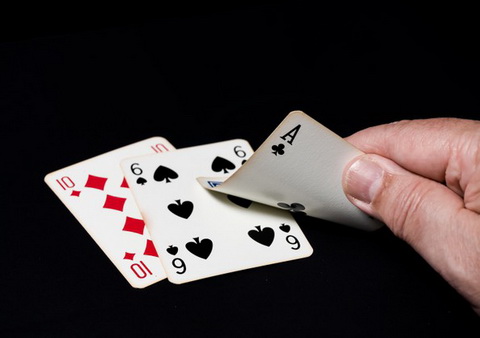 The game of Blackjack, which is also known as Twenty-One, or Vingt-et-Un, or Twenty-One-or-Bust. It is a fast, exciting and extraordinarily popular card game, where wagering is a key part of the play. Blackjack is played not only in numerous North American homes, but in virtually every established online and non-line casino around the world. Part of the extensive appeal of the game is that players are able to make many different decisions that can directly determine winners and losers during the play. So let’s discuss what Blackjack card game rules are. Well, and in the next article you can read about Pai Gow poker rules.

The object of the game, which is played with one or more 52-card decks, by one or more players, versus a dealer, is to draw cards that total exactly 21, or come as close to this count as possible without going over it. Exceeding the critical count is said to be breaking 21, or busting. This means that if a player goes over 21, he loses immediately. Cards have point values as follows: an ace counts as either eleven or one, at the option of the player; all face cards have a value of 10; all other cards are counted according to their numerical value.

The players are dealt one card face-down and, in most versions of the game. The dealer deals himself a single card, face-down, which is said to be his hole-card. The dealer then deals the players and himself a second card face-up. The players total their hands, evaluate their potential to win the wager, and consider the playing strategies available to them. They then decide if they wish to draw one or more additional cards to boost their total up to, or near the magic number of 21, or double down, split pairs, surrender or buy insurance.

A game against the dealer

Blackjack card game rules: Each player, in turn, then plays against the dealer. The player may, or may not draw one or more additional cards. In the most extreme case, though it is rare, a player can, technically speaking, draw up to nine more cards without busting, i.e., breaking 21. The dealer will deal extra cards to the player as long as the player indicates he wishes to draw. If the player busts, he must declare that he has done so, and he loses.

Conversely, when the player indicates he will stand on his hand, the dealer may deal himself additional cards. Based on the strict blackjack card game rules he will stand, or draw on this hand. When he has completed drawing, the dealer will expose his complete hand in a kind of showdown between the two hands, and declare the winner. If the player is the winner, he is rewarded in an amount equal to his wager, or wagers made on his hand.

How to play blackjack card game at home or casino? – video.